Although there isn't any doubt about the obvious meaning to Britney Spears' song title, 'If You Seek Amy', that is, F * U * C * K me, there's an undertone that centers upon the apparently innocuous appendage to the lyric, ‘La la la la la la la la.’ Drug addiction is thought to be characterized by schizophrenia in which the addict endeavors to be two people, a straight laced heroine, for example, who shoots heroin at night, and who sees herself as a heroine shot by photographers by day in Britney's case, which is how the promotional video for the song from the album Circus, released November 28, 2008, culminates; in a ‘mom's apple pie’ meet-the-folks 'Whitehouse garden party on the lawn' style scene with the  presumable husband typecast as presidential candidate material, and the regulation neatly scrubbed two kids of each gender representing a photo opportunity for the paparazzi cameras on the other side of the hedge dividing the potential next ‘First Family' from the hoi polloi of the neighborhood.

The video audience is first shown the aftermath of a party, and some of its preceding night's intimated peccadilloes, which are suggestive of orgiastic activity involving drugs, so Amy’s name is actually a metaphor for ‘amyl’, that is, ‘poppers', which are drugs often used as ‘smelling salts’ to revive the unconscious quickly, but they can also be used to stimulate the sex drive sniffed at from the open bottle that contains them. Britney's alter-ego, Amy, is symbolically amyl nitrate, which is the pharmaceutical name for 'poppers', so it’s a comment on Britney’s ‘pop’ following, that is, young women with hymen to be burst with a popping sound by the penis stimulated by Amy, for example, ‘Oh, I can't get her off my brain.’ Amy's the central persona's night time character, who has a night rate for her clientele, because she's a prostitute, who resorts to poppers, that is, amyl nitrate, to keep the ‘party’ going, as it were, and who pretends to be puritanical during the day to avoid being hounded by the watchdogs of Christian pseudo-morality, while in the evening she adopts an ‘other’ persona to promote her more clandestine activities.

The party concept also translates into the political arena. In the video’s culmination Britney, together with her besuited male, stage-manage a paparazzi ‘photo-call’ with interview-seeking journalists, while ‘mom’ carries America’s traditional ‘apple pie’ to them.  In a post-war Gulf scenario, ‘If You Seek Amy’, released March 10, 2009, was a ‘wake-up call’ to the US, that had just inaugurated its first black president, Barack Obama, in January, after the US’ Democratic Party had rejected Bill Clinton’s former first lady, Hilary, as its presidential candidate. Taken from the album, Circus, a well-known euphemism for the CIA, and released early enough to influence the election, after the incumbent, George W. Bush Jnr, whose father, George Herbert Snr, had been CIA director and president during the first Gulf war (1990-1), left office after presiding over the second Gulf war that began in March 2003, ‘If You Seek Amy’ represented a post-election defeat for Democratic Party presidential nominee, Hilary Clinton, and the Republican Party presidential candidate John McCain’s first ever woman vice-presidential candidate, Sarah Palin, that is, women weren’t elected. 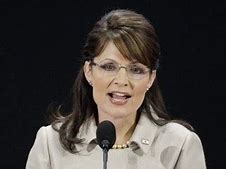 Ostensibly, the second Gulf war to depose Iraq’s dictator, Saddam Hussein, whose army had invaded Kuwait before being made to withdraw during the first Gulf war, was fought in defense of the Kurdish minority who, spread throughout five countries of the region, that is, Turkey, Iran, Iraq, Syria and Armenia, and still facing extermination from those nations as late as the third decade of the 21st century, had been the victims of illegal poison gas shells.

Children’s nurseries have long been familiar with ‘Little Miss Muffet’ (1805), which references ‘curds’:

Sat on a tuffet,

Eating her curds and whey;

There came a big spider,

Who sat down beside her

And frightened Miss Muffet away.’ 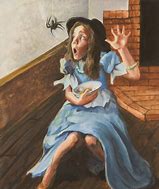 Curds and whey are eaten from a single bowl, like Jesus Christ’s at the ‘Last Supper’, whose cup was thereafter known as the ‘Holy Grail’. Taken by Joseph of Arimathea after Jesus’ death on the cross, and before his subsequent Resurrection and Ascension to heaven, which is why he’s a significant religious figure, that is, death can be overcome, the Holy Grail is a symbol similar to Miss Muffet’s. Britney Spears’ ‘If You Seek Amy’ is a ‘whey cup’ referencing the Kurds, who were still being eaten by the poisonous spider of racism long after the US’ defeat of Saddam Hussein, who was executed on December 30, 2006. Despite the ostensible reason for the second Gulf war, that is, to defend Kurdistan, Turkish bombs continued to fall on Kurds, for example, on October 9, 2019, when Turkish ground forces, supported by air power, invaded Syria to attack Kurdish positions there, then US President Donald Trump’s comment was,  ‘They didn’t help us in Normandy.’1 That was where the allies landed in France to begin the liberation of Europe from German occupation on June 6, 1944, which was obviously a long way off in time and space from the March 2003 US invasion of Iraq ostensibly to liberate Kurds then fighting alongside the US army  against Iraq’s oppressive regime. Having frightened Miss Muffet away from eating her curds and whey, the spider, refusing its ‘whey cup call’, and contrary to declared US’ foreign policy, moved on to eating her Kurds. 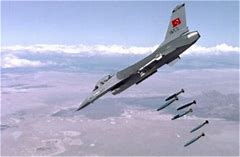 Jesus’ Holy Grail was a bread and wine cup which, in the Christian communion service of transubstantiation, is deemed Christ’s ‘body and blood’ because, born from his mother, the Virgin Mary, he also represents woman’s seed, that is, women’s capacity for sexual reproduction with each other as their futanarian independent species, who’re the bred of heaven envisaged by Jesus’ disciple John in his Revelation of the future included in the New Testament of the Bible which, as the Talmud (law) and Torah (history) of the Jews, was the Old Testament: ‘And there appeared a great wonder  in heaven; a woman clothed with the sun, and the moon under her feet, and upon her head a crown of twelve stars: and she being with child cried, travailing in birth, and pained to be delivered.’ (Rev: 12. 1-2) Consequently, the US’ ignoring of vice-presidential candidate, Sarah Palin, and nominee for presidential candidate, Hilary Clinton, had repercussions, that is, the grim reaper was sitting on ‘em.

Back
This website was built with Webnode
You can also have an impressive website for free!
Try it out